Hello!  As I near completion of my Bachelors in Applied Social Science at Colorado State, I am considering a number of Master’s programs.  In short, I thought I would reach out to my friends and associates to get your input, based on your knowledge of me, my skills, my gaps, and your view of the future.

I chose to pursue social science, because so many of society’s challenges and opportunities in both the public and private sector usually have solutions, but lack an understanding of how to organize the social environment for change; the environment, globalization, inequality, healthcare, and economic growth are all examples.  At the same time, we are in a period of great change with the advent of a global communication network, global transportation network, and the Internet, as we construct the social meaning of our future with these incredible capabilities.  As I consider Master’s programs, I am looking at it through the lens of social change in digital era, and the potential impact we can have on our major challenges, specifically focusing on the role of businesses, government, or NGOs in engineering the social element of solutions.

Therefore, I have thought about a Master’s program in the following ways:

The attached PDF, named masters thoughts, includes more detail for each program, including curriculum, costs, and duration.  I would very much like to hear your perspective.  Please provide your feedback using the blog comments.  Thanks!

• Politician: What are the odds that human behavior is causing climate change?

• Politician: So you are saying it might not be us?

Global climate change is perhaps the most complex challenge ever to face humanity. It remains to be seen whether humanity is up to the challenge and can frame a global response to mitigate the risk to the planet and human society, because there is significant debate on the issue and policymakers around the globe appear to disagree on the science and the response because of political, social, and economic reasons. The public debate leaves concerned individuals confused about whether and how to take action and with more questions than answers: Is climate change real? Is climate change a result of human activity? What impact will climate change have? What needs to change? In their book, The Science and Politics of Global Climate Change: A Guide to the Debate, Dessler and Larson (2006), provide a definitive guide that summarizes both the science and the political dynamics of climate change, and includes recommendations for policymakers. Through Dessler and Larson’s treatment of the issue, this author learned that the climate is definitely getting warmer, that human activity is probably responsible, and more importantly, that inaction is irresponsible, given the possible outcomes.

Climate change may ultimately affect the lives of every person on the planet; therefore, individuals need to understand the science of climate change and the dynamics of the debate in order to make informed personal and political choices. Often, information on climate change contains bias for or against a particular position. Dressler and Larson are surprisingly effective at maintaining a detached, rational, and unbiased perspective, clarifying the differentiated roles between scientists and policymakers and separating positive and normative arguments to provide the reader clarity on the climate change science. After providing background on the inherent skepticism of the scientific community, the author’s then summarize the overwhelming, peer-reviewed, consistent, evidence of the warming of Earth’s surface temperature; including direct surface air temperature, glacier data, sea-level change data, sea ice data, ocean temperature, satellite measurements, and data from a variety of climate proxies. The earth is getting warmer, but is it a result of human activity? The author’s conclude that human activity is likely the cause of increased warming, because of the measureable increase in CO2 and other greenhouse gases in the atmosphere, and their basic physics. In addition, the rise of CO2 correlates very closely, in both magnitude and frequency, with the rise of the surface temperature. Again, the author’s do an excellent job separating the positive and normative arguments, while summarizing the science of climate change. However, when discussing the potential impact of climate change, there was far more uncertainty, but informative descriptions of promising efforts to reduce uncertainty through computerized climate models. Of course, the primary argument for change was one of risk; given climate change is happening, is probably caused by greenhouse gas emission, and is likely to have far reaching and perhaps devastating consequences for human society, inaction is responsible.

When the discussion turned to potential solutions, post-Kyoto political and economic solutions to reduce emissions occupied most of the dialogue, giving adaption and geo-engineering strategies short treatment. In addition, the potential solutions did not incorporate enough perspective from social sciences that might offer benefits to those seeking to address the need for change. For instance: What leadership lessons can environmental scientist draw from other fields? What is the psychology of climate change? What mass communication phenomenon is at work in the public debate and who are the gatekeepers? How can digital media reshape the debate?

In the end, this author found Dessler and Larson’s work to be an excellent guide to understand the science and politics of global climate change. Before reading this book, this author was like many, who allow the misleading public debate to legitimize inaction. The earth is warming because of human activity and if emissions are not reduced right away, the consequences will likely be disastrous. Inaction is simply irresponsible. 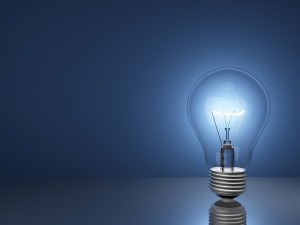 The United States requires access to a consistent, low cost, stable, supply of energy to meet the needs of citizens, business, the military, and government; relying primarily on fossil fuels to meet the growing energy needs of the country (Miller & Spoolman, 2010).  Yet, fossil fuels are problematic for a number of reasons, including a dwindling supply (Webster, 2011), harmful environmental effects (Miller & Spoolman, 2010), and international price shocks created by nation-states that control oil production (Allaire & Brown, 2009).  Therefore, to enhance U.S. energy security and economic interests, while reducing environmental harm, the country needs to wean itself from fossil fuels and invest in domestic production of alternative, yet reliable forms of energy.  However, U.S. government energy policy favors the production of fossil fuels through a variety of tax breaks, subsidies, and other government interference.  Some energy analysts believe that fossil fuels should continue to receive subsidies and tax breaks, while private industry develops renewable energy sources (Needham, 2011).  Others, including this author, recommend phasing out tax breaks and subsidies for fossil fuel production, in favor of subsidies and tax breaks for renewable energy alternatives (Miller & Spoolman, 2010).  However, a more reasonable, achievable, approach is to phase out all government energy subsidies and let energy companies compete with the best available technology.

The energy industry receives roughly $20 billion in subsidies and tax breaks every year, with the lion’s share going to fossil fuel industries (Leonard, 2011).  Not only does renewable energy receive far less subsidies annually, but especially when viewed from a historical perspective.  Fund and Healey (2011) found that inflation-adjusted, average annual subsidies for fossil fuels were 5 times that of renewables, while nuclear power was subsidized at a rate of 10 times that of renewables.  In the final analysis, the federal government are underwriting the energy sector unevenly, put renewable energy development at a significant disadvantage, given both the high startup costs of innovation and competition from large, entrenched, subsidized, organizations; hardly a level playing field.

Despite the inherent challenges faced by those committed to renewable energy development, renewables have a distinct advantage; namely, they are renewable.  While coal and natural gas remain plentiful in the United States, concerns over reaching peak oil, coupled with growing demand in the both the developed and developing world, have driven oil prices to record highs, making the development of renewable alternatives feasible despite the high cost of capitalization in the energy industry.  Even the Defense Advanced Research Projects Agency has invested in renewables, developing an algae-based biofuel alternative for jet fuel (Goldenberg, 2010).   In a free market system, devoid of subsidies for either fossil fuel or renewable energy development and production, the advantage goes to renewable energy; it is simply a matter of time and the laws of supply and demand.

More importantly, it may be possible, given the country’s financial woes, to drop energy subsidies entirely.  In a year when four energy companies are in the top ten of the Global 500 Most Profitable Companies, collectively earning more than $90 billion annually (CNNMoney, 2011), while the country is facing massive debt problems, and taxpayers are being squeezed, it would seem the time might be right to level the playing field.  Leonard (Leonard, 2011) believes the time may be right politically as well, given the rise of the Tea Party on the right and a disaffection with ethanol on the left.

U.S. dependence on fossil fuels has become increasingly problematic with the implications felt in the economy, military, industry, politics, and the environment.  In an ideal world, the federal government would subsidize the development and production of renewable energy, minimally, at the same level as fossil fuels.  Unfortunately, the U.S. government uses energy policy to pick winners and losers in the energy sector and provides fossil fuel producers a distinct market advantage.  It is time to phase out all government subsidies in the energy sector and let the most efficient technologies compete in the open market; with the advantages inherent in renewable energy, the shift away from fossil fuels is simply a matter of time.

Error: Twitter did not respond. Please wait a few minutes and refresh this page.